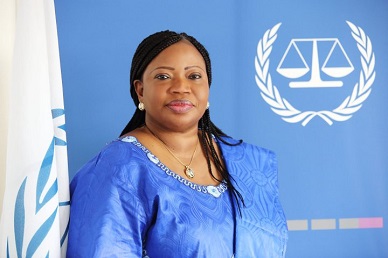 In what human rights groups call an appalling decision, the ICC Pre-Trial Chamber II decided not to grant the Prosecutor’s request to open an investigation into alleged crimes committed in Afghanistan and on the territory of other States Parties implicated in the U.S. torture program. Tens of thousands of victims in Afghanistan, along with victims of U.S. torture, had urged the ICC to authorize the investigation.

Despite finding that requirements were met as regards both jurisdiction and admissibility, the Pre-Trial judges decided that authorizing an investigation would not serve “the interests of justice”, due to “subsequent changes within the relevant political landscape both in Afghanistan and in key States (both parties and non-parties to the [ICC] Statute),” “the complexity and volatility of the political climate…mak[ing] it extremely difficult to gauge the prospects of securing meaningful cooperation from relevant authorities”, along with a lack of possibility of preserving evidence for crimes committed in the early 2000s. The three judges added that, “in light of the limited amount of… resources, [authorizing the investigation] will go to the detriment of other scenarios (be it preliminary examinations, investigations or cases) which appear to have more realistic prospects to lead to trials.”[1] The Pre-Trial statements are clear references to the harsh campaign waged by the Trump administration against the Court as well as to the lack of support –  including financial – given to the Court to carry out its mission to combat impunity.

“With its decision today, the International Criminal Court sends a dangerous message: that bullying wins and that the powerful won’t be held to account. In bowing to the pressure campaign of the Trump administration, the Pre-Trial Chamber – and the States Parties who have failed to adequately resource and support the Court – accepts impunity. But the victims of the powerful will not stop in their efforts to make true the adage that no one is above the law,” declared Katherine Gallagher, Senior Staff Attorney at the U.S.-based Center for Constitutional Rights, who filed victims-representations with the Pre-Trial Chamber in support of the investigation.

“We condemn the ICC’s shocking decision, which is based on a deeply flawed reasoning. The ICC was created precisely to overcome the very challenges that made national investigations impossible – it is unacceptable that these challenges are now invoked by the Court to deny justice to the victims. It is a dark day for justice,” said Patrick Baudouin, FIDH Honorary President.

“After 11 years of preliminary examination by the Office of the Prosecutor, the judges took more than a year to consider the gravity of the crimes and the Court’s jurisdiction. After this unusually long period, the ICC decided today to reject Fatou Bensouda’s request. Not because the crimes were not committed, but for practical and political reasons”, says Guissou Jahangiri, FIDH Vice-President and Armanshahr/OPEN ASIA Executive Director. “The thousands of victims, of violent extremists and of both national and international forces, who participated in this process and who were overwhelmingly in favour of an investigation, are not being acknowledged. The ICC has turned its back on them.”

On November 20, 2017, ICC Prosecutor Fatou Bensouda submitted her request to the ICC Pre-Trial Chamber III to open an investigation into the situation in Afghanistan on the following charges.

The Office of the Prosecutor (“OTP”) requested the authorization of the ICC Pre-trial Chamber judges to open an investigation into three sets of crimes on the territory of Afghanistan:

(1) crimes against humanity and war crimes, including murder, imprisonment or other severe deprivation of physical liberty, persecution on political and gender grounds, and intentionally directing attacks at civilians, humanitarian personnel and/or protected objects, and conscription of children under the age of 15 by the Taliban and affiliated armed groups;

(2) war crimes, including torture, cruel treatment, outrages upon personal dignity, and sexual violence by Afghan government forces, namely members of the ANSF; and

(3) war crimes committed by U.S. armed forces and members of the CIA not only on the territory of Afghanistan, but also by U.S. actors operating in secret detention facilities operated by the CIA in Poland, Romania, and Lithuania since 1 July 2002, principally focusing on the period of 2003-2004.

Tens of thousands of victims had participated in the proceedings to support the Prosecutor’s request to open an investigation on the situation in Afghanistan, as serving the interest of justice in Afghanistan.

The United States is not a State Party to the ICC Statute. On 10 September 2018, John Bolton, the U.S. national security adviser, threatened the ICC with sanctions if an investigation was opened into alleged war crimes committed by American nationals in Afghanistan, declaring “the United States will use any means necessary to protect our citizens and those of our allies from unjust prosecution by this illegitimate court.” He added that the Trump administration would “fight back” and impose sanctions if the Court formally proceeded with opening an investigation into alleged war crimes committed by U.S. military and intelligence staff during the war in Afghanistan or pursued any investigation into Israel or other U.S. allies.

As a first concrete step, on March 15, 2019, U.S. Secretary of State Mike Pompeo announced the U.S. will revoke or deny visas to members of the International Criminal Court involved in investigating the actions of U.S. troops in Afghanistan or other countries, and was prepared to take further steps, including economic sanctions. On April 4, 2019, the United States revoked the visa of the ICC Prosecutor.