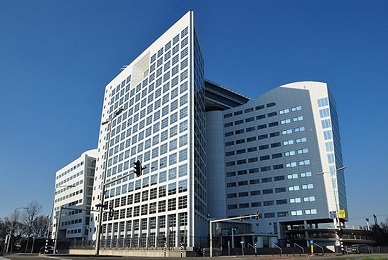 Time and again, the ICC breaches its mandate, calling for “end(ing) impunity for the perpetrators of the most serious crimes of concern.”

Established by the Rome Statute of the International Criminal Court on July 1, 2002, it’s mandated to prosecute individuals for genocide and aggression, as well as crimes or war and against humanity – the highest of high crimes.

Never in the court’s near-17 year history did it fulfill its mandate, a disturbing record.

Since established in 1945, the performance of the UN is worse over a far longer duration. Established “to save succeeding generations from the scourge of war, which twice in our life time has brought untold sorrow to mankind,” its near-75-year history reflects consistent failures.

Its leadership did nothing to deter war, human rights abuses, or other high crimes of powerful member states, notably the US, other Western ones and Israel – responsible for countless high crimes of war and against humanity, committed with impunity.

Its high crimes of war in Afghanistan and other war theaters are well documented – notably damning information in the Afghan War Diary and Iraq War Logs revealed by Chelsea Manning, published by WikiLeaks.

There’s enough credible information in them to indict top officials of three US regimes, most current and past congressional members for funding US wars, the entire Pentagon high command, and countless subordinates below them.

Last week, the Trump regime annulled Bensouda’s US visa (except to visit UN headquarters in New York) after Pompeo vowed to shield Americans from what he called “unjust prosecutions,” adding:

“If you’re responsible for the proposed ICC investigation of US personnel in connection with the situation in Afghanistan, you should not assume that you still have, or will get, a visa or that you will be permitted to enter the United States.”

“We are prepared to take additional steps, including economic sanctions, if the ICC does not change course.”

Washington rules call for prosecuting its victims, not US government and military officials responsible for the highest of high crimes.

The 2002 American Service Members’ Protection Act (ASPA, aka The Hague Invasion Act) “protect(s) United States military personnel and other elected and appointed officials of the United States government against criminal prosecution by an international court to which the United States is not party.”

It authorizes the president to use “all means necessary and appropriate to bring about the release of any US or allied personnel being detained or imprisoned by, on behalf of, or at the request of the International Criminal Court.”

It prohibits the extradition of anyone from America to the ICC. In a November 2000 open letter, Henry Kissinger, George Shultz, Zbigniew Brzezinki, former CIA director Richard Helms, and other US signatories said Washington must put “our nation’s military personnel safety (sic) beyond the reach of an unaccountable international prosecutor (sic), operating under procedures inconsistent with our Constitution (sic)” – when it comes to enforcing US accountability for high crimes too serious to ignore.

Bensouda found what she called “a reasonable basis to believe that war crimes and crimes against humanity have been committed in connection with the armed conflict in Afghanistan” – a colossal understatement.

In January, senior ICC Judge Christoph Flugge resigned in response to threats by Trump regime officials, notably John Bolton, calling the court “ineffective, unaccountable, and indeed, outright dangerous” – accusing it of “assault(ing) the constitutional rights of the American people and the sovereignty of the United States,” adding:

“We will let the ICC die on its own. After all, for all intents and purposes, the ICC is already dead to us” – except when prosecuting US enemies, most often unjustly accused of imperial crimes committed against them.

According to Bolton, the ICC “threatens American sovereignty…US national security interests” and Israel, falsely calling the apartheid state “a liberal, democratic nation,” turning truth on its head claiming its naked aggression is “self-defense.”

Bolton threatened punitive action against the court and its judges, saying

“(w)e will sanction their funds in the US financial system, and we will prosecute them in the US criminal system. We will do the same for any company or state that assists an ICC investigation of Americans.”

The above views represent the position of other Trump regime hardliners. On Friday, intimidated pre-trial ICC judges backed off.

A statement rejected Bensouda’s request to launch a formal inquiry into war crimes committed by US forces in Afghanistan – citing what it called practical considerations, making chances for success unlikely.

Human rights groups slammed the decision. A statement by the Center for Constitutional Rights (CCR) said the following:

“Tens of thousands of victims in Afghanistan, along with victims of US torture, had urged the ICC to authorize the investigation,” adding:

“Despite finding that requirements were met as regards both jurisdiction and admissibility, (three) Pre-Trial judges decided that authorizing an investigation would not serve (what they called) ‘the interests of justice…’ ”

“ ‘(T)he complexity and volatility of the political climate…makes it extremely difficult to gauge the prospects of securing meaningful cooperation from relevant authorities” in the US, they added.

According to CCR senior staff attorney Katherine Gallagher, ICC pre-trial judges “sen(t) a dangerous message: that bullying wins and that the powerful won’t be held to account.”

“In bowing to (Trump regime) pressure, “the Pre-Trial Chamber – and the States Parties who have failed to adequately resource and support the Court – accepts impunity.”

“(V)ictims of the powerful will not stop in their efforts to make true the adage that no one is above the law.”

Gallagher “filed victims representations with the Pre-Trial Chamber in support of the investigation.”

International Federation for Human Rights (FIDH) honorary president Patrick Baudouin “condemn(ed) the ICC’s shocking decision, which is based on a deeply flawed reasoning,” he said, adding:

“The ICC was created precisely to overcome the very challenges that made national investigations impossible. It is unacceptable that these challenges are now invoked by the court to deny justice to the victims.”

“It is a dark day for justice,” he stressed. So is every day that US, NATO, Israeli, and their imperial partners’ high crimes of war, against humanity, and genocide go unpunished.

Unaccountability assures more of the same in perpetuity – justice for perpetrators ruled out as a way to stop it.

“And we call ourselves the human race” – with attribution to John F. Kennedy, expressing opposition to a preemptive military strike on Soviet Russia with nuclear weapons when the US alone had operational ICBMs able to deliver them.