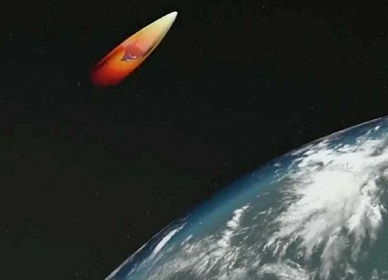 There’s a first time for everything. The Russian Avangard was the first hypersonic boost-glide vehicle to have passed its development stage and gone into production. The news was announced by Deputy Commander of the Strategic Missile Forces Major General Sergey Poroskun on July 19. The 13th missile regiment, deployed near the town of Dombarovka in the Orenburg region (southern Russia), will be the first unit armed with the new weapon. The regiment’s infrastructure is ready to receive it. According to Deputy Defense Minister Yury Borisov, the system is to be fully operational by 2020.

The pace of the weapon’s development takes one’s breath away. Few people knew about the Avangard’s existence just a few months ago, yet after a series of successful tests the vehicle has already reached the production phase!

No other country is yet able to produce hypersonic weapons — only Russia.

Launched from Russian territory, the Avangard can reach Washington in 15 minutes. No one in the world has a weapon with a speed exceeding Mach 20 or about 15,300 miles per hour (four miles per second). The Avangard also stands out for its ability to withstand extreme heat during the final phase of its trajectory. The use of composite materials enables it to resist temperatures up to 2,000 degrees Celsius. The Russian media reported on July 17 that the Avangard will be upgraded with a heat-resistant titanium casing. It also boasts special protection from lasers, in addition to its unique flight trajectory, with rapid course changes in the atmosphere as well as signatures quite different from traditional intercontinental ballistic missiles (ICBMs). Advanced countermeasure systems increase its ability to sidestep missile defenses.

The Avangard sits atop an ICBM. After launch, the 5.4 meter-long vehicle travels part of its flight path through the denser layers of the atmosphere at an altitude of several dozen kilometers. The yield of its nuclear warhead ranges from 150 kilotons to 1 megaton of TNT, but in truth the glider needs no warhead at all, as its sheer speed is enough to destroy any target in a kinetic kill.

The Avangard is extremely hard to spot and next to impossible to engage. This makes it an ideal weapon against an enemy’s strategic capabilities and key infrastructure sites. The boost-glide vehicle undeniably extends the Russian armed forces’ capabilities. “We don't have any defense that could deny the employment of such a weapon against us,” said General John Hyten, head of US Strategic Command, speaking to the Senate Armed Services Committee in March.

The new Burevestnik 9М730 nuclear-powered long-range cruise missile was tested on July 19 as well A coastal missile battery launched it out toward the ocean. This is the start of a long series of tests to reach its initial operational capability. Fired from bombers and submarines, the weapon has an intercontinental range and can be equipped with a nuclear warhead. The INF Treaty does not cover the Burevestnik, as it uses air and sea platforms. The missile boasts almost unlimited range, low visibility and altitude, supersonic speed, and a limited radar cross-section, allowing it to hit targets everywhere in the world on short notice and with little warning.

On July 20, the Defense Ministry released a statement claiming Russia had successfully test-fired the new 40N6Е air-defense missile at the Sary Shagan firing range in Kazakhstan. The interceptor will be used by S-400 and S-500 systems to provide them with long-range (400 km) capability. It has an altitude of 185 km — enough to hit a high-orbit satellite. There are plans for the missile to enter service with the S-400s in late summer. The S-500 Prometey is expected to be added to the arsenal in 2020. That missile can travel at a speed of 5 km per second, flying 185 km in 41 seconds. Once the 40N6Е is operational, it will provide the S-500 with the capability to defend Moscow without nuclear warheads.

The Ministry also released a video showing a test of the Kinzhal air-to-surface missile launched from a Tu-22M3 strategic bomber (not a MiG-31 fighter as before), raising the combined range of the platform and the missile up to 3,000 km.

An array of new weapons has already been tested in July. The Peresvet high-powered laser weapon system and the Poseidon underwater nuclear drone have also been through trials according to reports. The operational tempo of the development and tests fires the imagination. Many countries are working on their own programs to create new generations of weapons, but Russia is the only one to have such systems already up and running. Although its defense budget is only 1/10th the size of the Pentagon’s, Russia has taken the lead in weapons development. Moscow’s defense programs are much more effective, offering more bang for the buck.

Russia is not only an advanced military power to be reckoned with, it’s the world leader in military technology. During the July 16 summit in Helsinki, the US and Russian presidents agreed to revive the dialog on arms control. There has been a widespread belief in the American Congress that Russia needs those negotiations more than the United States and that Washington could get concessions here and there in exchange for its mere consent to talk about the issue. Events have proved otherwise. American self-confidence has taken a hit. The US needs to make progress in arms control even more than Russia.