British Columbia dumps over 34 million gallons of raw sewage, pesticides and pharmaceuticals into the Pacific every day

British Columbia dumps over 34 million gallons of raw sewage, pesticides and pharmaceuticals into the Pacific every day

More than 34 million gallons of raw sewage is pumped off the shores of Victoria, British Columbia, into the Strait of Juan de Fuca daily, polluting the ocean and its ecosystem in ways that are poorly understood by researchers. 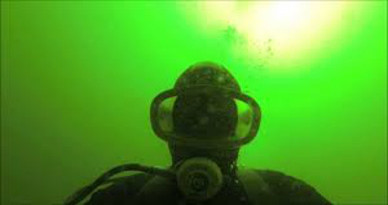 A report by The Tyee titled, "Victoria's Secret: Dumping Raw Sewage Like It's 1915," details the ongoing environmental crisis, noting that "British Columbia's capital is one of the last major cities north of San Diego to dump all of its untreated waste (including pesticides, street runoff and pharmaceuticals) into the ocean."

The problem isn't new either. Victoria has been pumping its poop into the ocean from Esquimalt's Macaulay Point for over a century, making very few improvements along the way. Exactly how far the waste is drifting is up for debate, with some experts reporting that the raw sewage is washing up past Howe Sound, all the way to the Sunshine Coast (map), a total of 150 kilometers.

"It's trackable, it's known and they've got maps -- the plume goes that far," said John Werring, science policy advisor for the David Suzuki Foundation. Researchers with the Capital Regional District (CRD), the local government administration of the southern tip of Vancouver Island and the southern Gulf Islands in British Columbia, say they haven't "adequately measured" how far waste and chemicals migrate.

According to CRD's environmental protection division, the vast majority of testing occurs within a few hundred meters of Greater Victoria's two major sewer outfalls, measuring a variety of things including heavy metals, bacteria, dissolved oxygen and hundreds more toxins -- but only a short distance from shore.

A computer model is used to predict pollution levels beyond that distance in weekly, monthly and quarterly cycles, but stops there since government guidelines don't require more remote testing. While evidence of the sewage is rarely found along the surface of the water due to irradiation by ultraviolet light, the depths of the Pacific harbor lingering bacteria that move with the ocean currents.

Victoria has been ordered by both the federal and provincial governments to clean up the mess, yet plans for a new wastewater treatment plant are far from implementation. The decision to clean up the waters of the Strait of Juan de Fuca remains a political one, with lots of talk and little action.

Talks of building a $788 million treatment plant in 2006 fell through when the Esquimalt city council refused to rezone the property to accommodate the seaside plant, arguing that the building site was hazardous due its close proximity to the shore, making it vulnerable to tsunamis and other climate concerns.

Today, there's still disagreement over what's the best way to clean up the mess. "Gasification" is frequently proposed, a process that uses steam to blow apart waste molecules, producing a useable fuel.

Time is running out, however, as the city only has until 2018 to have a new system up and running. If the deadline isn't met, taxpayers could be footed with the entire bill, which is projected to be upwards of $1 billion.


All the views expressed at the source of this article may not necessarily reflect those of T.E.A. Watchers.
Click here to go to article source.
back to top