77 Holistic Practitioners Now Dead Since 2015: This Is Beyond Strange, They Are Dropping Like Flies And MSM Ignores Them 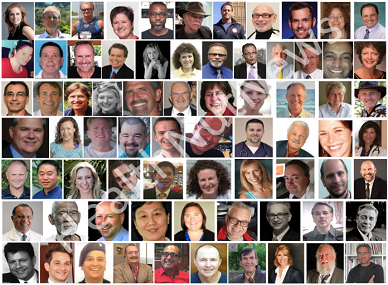 Since June of 2015, 77 holistic practitioners, more with other deaths associated with them, have died, official causes ranging from suicide to heart attacks, with the latest woman, doctor Annie Fairbanks, found murdered in her home, along with her husband, their 3-year-old daughter and 9-month-old son, in Arizona.

Officials claim the husband killed his wife, two small children and then turned the gun on himself, but friends and loved ones have contacted Erin Elizabeth over at Health Nut News, who has been documenting the deaths of so many in the world of holistic medicine since 2015, to express doubts of the official claim of murder-suicide within hours of the discovery of the bodies.

We at HNN, who have been reporting on these deaths for two and a half years, (which you can read about here in a numbered timeline with photos ) find this hard to make the call of murder-suicide in a matter of hours and would like to know more. For instance, how Hoster was able to do so, so quickly, after finding their bodies and the crime scene.

Our heart goes out to their family and friends. We notice people (presumably friends) on Dr. Fairbank’s Facebook page are talking about what will happen to the murderer. We are not sure if they’re not informed, or have drawn their own conclusions. But we’ll wait for forensic reports, ballistics, and the autopsy reports.

Ms. Elizabeth has done an outstanding job documenting not only the deaths of 77 people in the holistic field, but has kept up with updated information, specifically on those that died under mysterious circumstances, all that documentation, with links to each relevant portion from the death notifications to the updated autopsies, to the follow up investigations, found on her Holistic Doctor Death Series page.

Stepping back from each individual death, the sheer amount of people from one specific subset of the medical industry, one that believed and practiced natural medicine and methods to deal with medical issues that did not involved big pharma, all dying in such a short amount of time, is absolutely astounding.

It is given that heart attacks and suicides occur across the country on a daily basis, but the circumstances of some of these cases, as well as family testimony, shows that there is more than meets the eye and the "official" accounts simply defy logic.

From the start, with the discovery of Dr. Jeff Bradstreet on June 19, 2015, found in a river with a gunshot wound to his chest, which was labeled a suicide, there have been strange circumstances surrounding these deaths, such as the rarity of someone shooting themselves in the chest, rather than the head, as a method of suicide.

The very same day in Mexico, three doctors went missing and when their bodies were discovered the families said the bodies were not those of their missing family members, and despite that fact, the government declared them dead.

When Rigoberto Hernandez stepped into the morgue, in late June, to identify his recently abducted son—he knew right away there had been a mistake.“It wasn’t him,” Hernandez told The Daily Beast during a recent demonstration outside the state capitol building to protest the government’s handling of the case. “I raised him from a baby, so I ought to know. The body presented [by the government] didn’t look anything like my boy.”The Hernandez family joined about 50 doctors and nurses at the July 2 demonstration, braving the desert heat. The protesters chanted and waved signs outside the locked gates of city hall, demanding “Due process!” and “Security for health-care workers!”“Our family said we couldn’t accept a body that wasn’t ours,” Hernandez explained. “But the DA declared my son dead anyway.”

Two days later, in Florida, two chiropractors were found dead, separately, and to this date no cause of death has been reported.

On June 29, 2015, two more holistic practitioners were found dead in separate states, one murdered, the other went missing and when he was found, his death was ruled as a suicide by gun, yet even local news was calling the entire investigation a "mess," and taking authorities to task for conflicting storylines and a lack of transparency in revealing results.

With those eight deaths within a two week time frame, Health Nut News' "Unintended" series into the deaths of holistic doctors began, documenting each case, with updates, leading up to this most recent death of Annie Fairbanks and her whole family.

That series and documentation can be found at Health Nut News. 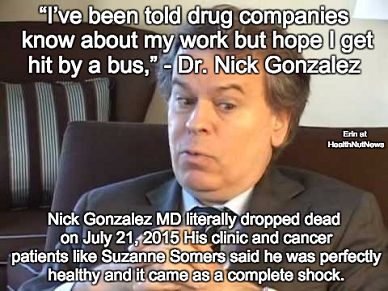 While we will not "reinvent the wheel" by detailing each individual death leading to the 77th, because all the information can be found at the link above, we will highlight some of those that can logically be considered mysterious.

July 3, 2015 – Patrick Fitzpatrick MD went missing, has never been found and authorities say it is like he "vanished into thin air."

July 21, 2015- Two doctors, Dr. Nicholas Gonzalez and Dr. Abdul Karim, died, both supposedly of heart attacks, although in Gonzalez's case, the autopsy did not show any heart attack symptomology, and according Health Nut News "Dr. Gonzalez also said in several interviews, including the last one before he died, that he thought big pharma wanted him to get hit by a bus or that he might die suddenly. "

August 12, 2015 – Osteopath Mary Bovier is found slain to death in her home in Pennsylvania. Her significant other, who we’re told is also an osteopath, was questioned and released. There have been no further arrests and no other suspects.

Under Elizabeth's "Late December 2015 – January 2016" category, she notes that she hadn't "included PhD’s in the series (unless they were also an MD, DO or DC)," but ran across another disturbing trend, which she describes as "a spate of cancer researchers killed, which hadn’t happened previously."

Aside from the spate of cancer researchers, there are also very disturbing updates on earlier investigations, such as the saga shown below:

30) January 23, 2016 – A top MD, John Marshall, 49, former 4th generation Marine who’d served in Afghanistan and had survival training, was found dead in the Spokane River. His body was recovered that day. He was said to be in great shape and was on his usual run after his workout at the gym (the man was fierce). Authorities say he had somehow fallen into the river and drowned, and quickly concluded it was death by drowning.

UPDATE 1: A former detective was ordered to stop his investigation into the links between the suspicious deaths of Drs. John Marshall and Brenda Thurman.

UPDATE 2: Dr. Suzan Marshall (wife of Dr. John Marshall) believes her husband was murdered, despite a police investigation and autopsy report that determined it was an accidental drowning.

UPDATE 3: Dr. Marshall’s wife hired a private investigator, and is questioning the quick call by Seattle PD. She even said someone is trying to silence her. The prominent investigator states on CBS news that the “accidental death” of Dr. Marshall is most likely a professionally staged murder by someone in the military or police. Again, more families are questioning these deaths and what some find absurd rulings by authorities.

In yet another instance, a friend of the doctor that started Health Nut News on this series, died and while she was not a holistic practitioner, she was a nurse who had warned that is anything happened to her, do not assume it was an accident.

35) February 1, 2016 – Just a week later, to the day, after losing our local friend and holistic doctor, Rod Floyd, we lost another friend from our holistic community. The wonderful, young Paige Adams FNP, B-C, who also lived up the road from us, was found dead in her home. She had worked closely for many years with her good friend and colleague Dr. Bradstreet, whose death started off this holistic series. Now we have his close friend and colleague found dead. This is particularly heartbreaking because she was so young. Paige Adams had asked to stop by our house to visit days before she died. I feel awful for not taking her up on that, and my heart goes out to her family and patients. She’s the only one in this series who’s not a doctor—DC, MD, DO—but she was a board certified Nurse Practitioner whose patients raved about her endlessly. She also stated publicly (which you’ll see in the link) that if anything happened to her, don’t assume it was an accident.

Another strange coincidence of note:

50) June 11, 2016 – We discover that yet another holistic doctor has allegedly committed suicide. Dr. Alex Shvartsman, dentist and naturopathic doctor, killed himself at home over the weekend. We’re now hearing that he, Mitch Gaynor MD (#11 in our series), and Nick Gonzalez MD (#8 or #9- we had two found dead that day) were all speaking at an event last fall that also included Steve “Sproutman”. Steve was killed in a strange car accident. We wrote about what happened, but didn’t include his case in the series. Dr. Gaynor allegedly took his own life, while Dr. Gonzalez allegedly had a heart attack. His wife then updated the public that it didn’t appear to be the case, and that they couldn’t find a cause of death. Now Dr. Alex (allegedly) took his life. All in a matter of months. All of them spoke at the same Health Expo in the northeast. This is breaking news I found out late Father’s Day night.

While people die of natural causes all the time, the number of deaths from one specific subset of medicine, including the spate of cancer researchers, with the testimony of family that conflicts with the official causes, along with the autopsies in some cases not matching up with the "official" causes stated, in conjunction with the unexplained cases, the botched investigations, the "freak accidents," and the mysterious disappearances, would even have the most trusting of souls asking questions and doubting some of these reports.

Exit Question: Why isn't the mainstream media asking questions and connecting the dots, and seems to be simply ignoring the "coincidence" of over 70 holistic practitioners deaths in a little over two years?

Erin Elizabeth at Health Nut News discusses the latest death of Annie Fairbanks as well as some of the others in her November 12, 2017 video shown below. 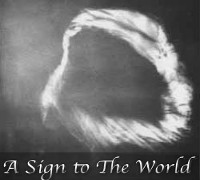